This piece is designed by Norm Architects.
Norm Architects was founded in 2008. They work in the fields of industrial design, residential architecture, commercial interiors, photography and art direction. Much like human well-being, the essence of Norm Architects’ work is found in balance—between richness and restraint, between order and complexity. 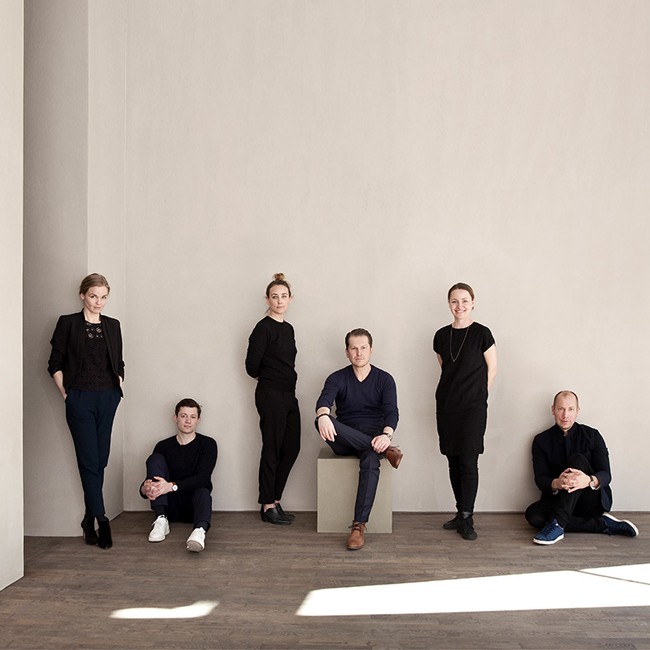 All Ariake pieces are produced, shipped and transported after your order.
Please allow 2 (in case a piece is in stock in the EU) – 14 weeks for it to arrive.

A dining table that investigates the interplay between being transparent and solid, the wooden lattice build up the legs
and with the natural spacing it plays with both light and shadow.

From some angles the legs will appear as a closed surface, only revealing its construction though the
light flowing though, while it from other will appear very transparent.
The construction is inspired by the shutters and covers that are used in architecture to control light
streaming into the building and the calming repetitions creates an overall clear architectural feeling,
which you often find in front of traditional Japanese stores and restaurants.

Ariake is a furniture brand founded by Legnatec and Hirata Chair, two factories from the furniture producing town
of Morodomi in Saga prefecture, Japan. Ariake is named after the Ariake Sea in Southern Japan and also means “daybreak”
in Japanese symbolizing a new chapter for its founding manufacturers: Legnatec and Hirata Chair Manufacture Co.
which have been producing furniture in Japan for over 40 years.
It is Ariake’s philosophy that furniture is made for social situations where people live, work and eat together.
The Ariake brand was created during two intensive workshops in Morodomi where furniture designers, art directors,
craftsmen and photographers lived, worked and ate together to shape and generate a collective energy
and mutual trust that would define the soul of the brand.

The products made by Ariake is inspired by the spirituality of Japanese culture and urban living contexts which is seen
in the combination of handmade- and machine-created products.
Each Ariake collection piece is 100% made in Saga, Japan by Hirata Chair and Legnatec,
producers of Japanese furniture since more than 40 years.